“Hot alien chicks”: this is “Science”?

In doing research (really) for a paper that I’m writing, I stumbled across a misbegotten bit of infotainment on the Web site of the Science Channel that I feel I must call out. At the risk of drawing attention to content we all should ignore, here goes.

On its “aliens & space” page, the Science Channel offers us a list of “top 10 hot alien chicks.”

Again, with no intent to draw attention to this schlock, I highlight it to critique the piggish back-to-the-’60s attitude reflected in the content, which is freely available to all who can read (including, presumably, fourth graders who get browsing time in school). And I want to make sure that my readers can see for themselves that, no, I am not overreacting.

While these revolting views are offered in the first person, the person who has offered them remains anonymous (for good reason?).

I have my issues with the Science Channel, which offers slivers of science embedded in fluff and fantasy (a.k.a. crazy made-up stuff). The Science Channel, the self-described “home for alien programming” on TV, is owned by Discovery Communications, which bills itself as “the world’s #1 nonfiction media company reaching more than 2 billion cumulative subscribers in 220 countries and territories.” Discovery Communications earned $1.1 billion in net income on revenues of $5.5 billion in fiscal year 2013. Among its strongest series are “Amish Mafia,” “Fast ‘n’ Loud,” and “Naked and Afraid.” The corporation owns The Learning Channel, which airs programs such as “Here Comes Honey Boo Boo” and “Sister Wives”; and Animal Planet, whose programs include “Finding Bigfoot” and “Mermaids: The New Evidence.”

This year the Science Channel aired Season 3 of its TV series “Alien Encounters,” which mixes science with fiction to speculate on “the impact of aliens on humanity” (“Science Channel,” 2014). I’ve only watched one episode, as it caused me to beat my head against the wall.

A press release announcing Season 3 states: “How would the world react to an alien race arriving on Earth? How would the human race be forever changed by extraterrestrials? What would be the impact of human contact with aliens? With 74-percent of Americans believing in the existence of aliens and 15 million believing they’ve actually made contact with extraterrestrials, many people have burning questions about life beyond Earth and its impact on humans…. According to Science Channel general manager Rita Mullin, ‘Making contact with life outside of Earth is a source of endless fascination for our viewers. [‘Alien Encounters’] feeds their interest with the perfect blend of intriguing, speculative questions plus perspective from real experts, and information about the latest scientific advancements. With [this] one-a-kind series…and our annual ARE WE ALONE? event, viewers continue to turn to Science Channel as the home for alien programming on television’.”

Real experts, eh? As opposed to what other kind? (By the way, at least one of those experts works for the SETI Institute.)

The Science Channel also has aired “Aliens: The Definitive Guide,” a two-part program billed as “an ‘Encyclopedia Galactica’ of non-Earth life forms, and an investigation into the latest scientific understanding of life beyond planet Earth.” Says Debbie Myers, executive vice president and general manager of the Science Channel, “So many people are obsessed with the existence of aliens. ARE WE ALONE? ignites their imaginations with bold new questions, and engages current research happening in the field of extraterrestrial life. It’s programming that asks questions and makes you think. We hope ARE WE ALONE? advances the conversation even further.”

By the way, a one-hour prime-time TV program typically will feature 40 minutes of content and 20 minutes of advertising. Web sites and other promotional tools for these programs are loaded with ads as well. The primary purpose or function of all this content is to make money. (See: Discovery Communications.) 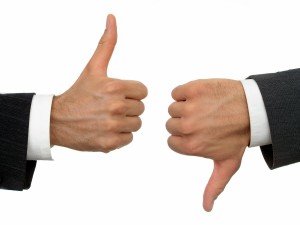 Last week’s meeting of NASA’s Small Bodies Assessment Group (SBAG) in Washington, D.C., was marked by hours of prickly discussion about NASA’s Asteroid Redirect Mission (ARM). Consequently, the meeting prompted a number of reports over the past few days.

Though I attended this meeting, I won’t repeat here what’s already been covered elsewhere. Space Policy Online, Space News, and The Space Review have all provided accurate summaries of ARM discussions at last week’s meeting. I will report on some other items discussed at the meeting, in particular the status of the B612 Foundation’s Project Sentinel.

At SBAG’s last meeting in January, NASA’s Human Exploration and Operations Mission Directorate (HEOMD) provided a briefing on the agency’s Asteroid Initiative, including plans for the ARM. At that time scientists expressed considerable skepticism about the feasibility, utility, and scientific value of the ARM (I attended that meeting, too).

The Near Earth Object (NEO) Observations Program in NASA’s Science Mission Directorate has a role in the ARM: to identify potential “target” asteroids. The NEO Observations Program is also involved in interagency and international discussions regarding planetary defense (assessing the risk of asteroid impacts with Earth and planning for impact mitigation). (Full disclosure: My work is funded in part by the NEO Observations Program. No one asked me to write this post.) Many SBAG scientists are questioning whether the ARM will yield useful scientific data or make a meaningful contribution to planning for planetary defense. They’re suggesting that robotic missions would be more useful, not to mention more affordable.

This time around, NASA’s HEOMD sent a team of representatives to brief the SBAG on ARM, claiming they’ve made a lot of progress since January. After all those briefings, however, scientists were still expressing considerable skepticism.

Following its January meeting, the SBAG published a list of “findings,” including the following two items:

““NEO Survey Telescope.  NASA’s Asteroid Initiative places emphasis on the exploration of near-Earth asteroids for planetary defense, science, and resource utilization.  However, the necessary knowledge concerning the distribution of these objects and their respective characteristics is inadequate in order to successfully formulate NASA’s plans for accomplishing the Asteroid Initiative. SBAG reiterates its previous findings that support the importance of a space-based survey telescope to NASA SMD and HEOMD goals and objectives.  Although it is commendable that NASA is exploring alternative options for obtaining these data, a space-based NEO survey asset returns the greatest value with respect to exploration, planetary defense, science, resource utilization and does so in the most cost effective manner. Proper implementation of NASA’s Asteroid Initiative would best be served through a peer-reviewed NEO survey telescope mission that is funded as an agency asset. Such a foundational asset that provides essential data to aid the overall long-term objectives of NASA should be supported across the entire agency and not only through the SMD NEO Program.”

“Establishment of a Planetary Defense Coordination Office. The 2010 NASA Advisory Council Planetary Defense Task Force, following the NASA Authorization Acts of 2005 and 2008 that affirmed the need for the establishment of policy with respect to threats posed by near-Earth objects, recommended that NASA establish a Planetary Defense Coordination Office that would coordinate planetary defense activities across NASA, other U.S. federal agencies, foreign space agencies, and international partners. This has not yet been realized, and SBAG reiterates the importance of establishing such an office.”

When the SBAG publishes findings from last week’s meeting, these two items will likely be on the list again.

Given all the attention paid to ARM at last week’s meeting, B612 mission scientist Marc Buie’s briefing on Project Sentinel escaped media scrutiny. However, it did not escape the scrutiny of SBAG members.

Project Sentinel is the B612 Foundation’s proposal to build and launch a space-based NEO survey telescope. B612 has a Space Act agreement with NASA under which the two signatories are to exchange data and expertise (but no funds).

Buie provided scant information on the status of Project Sentinel. (The last project status update posted on B612’s web site is dated September 2013.) SBAG chair Nancy Chabot inquired about the status of the project and the Space Act agreement, expressing concern that NASA might be relying on B612 to deliver a space-based survey telescope rather than pursuing alternate plans.

NASA’s Asteroid Initiative includes, in addition to ARM, an “Asteroid Grand Challenge” to “find all asteroid threats to human populations and know what to do about them.” Some members of the NEO community wonder how this challenge can be met without a space-based survey telescope. The Jet Propulsion Laboratory’s proposal to NASA’s Discovery mission program for a space-based NEO survey telescope was not selected for funding. At last week’s SBAG meeting, some scientists expressed the view that it was not selected because no National Academy of Sciences decadal survey of priorities in space science has identified such a project as a science priority and because NASA’s SMD has not embraced planetary defense as part of its mission.

Commenting on Buie’s briefing, NASA NEO Observations Program executive Lindley Johnson said B612’s Space Act agreement specifies technical and schedule milestones, none of which B612 has met to date. The first technical milestone should have been met a year ago in order to meet the first schedule milestone, he noted. Buie said that doesn’t mean anything because the SAA remains in effect indefinitely. “That’s not true,” Johnson responded, “it’s under review right now.”

Over the past year or so, B612 appears to have been working hard at publicity and fund-raising. The foundation has not, as yet, divulged how much money it’s raised for Sentinel. Regarding funding, Buie told SBAG, “I’m happy to report that we’re talking to the right people…we just have to bring them along.”