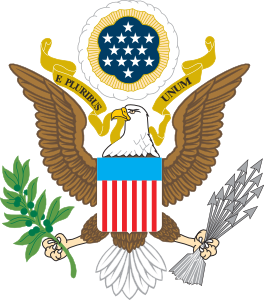 As a nation, we have not heeded the warning.

In my last blog post, I resolved to go deeper with my research and writing on the ideology of American exceptionalism and its expression in U.S. space policy and rhetoric. Here’s my first report – some food for thought.

Conservative historian Andrew Bacevich opened his 2008 book, The Limits of Power: The End of American Exceptionalism, with this observation: “For the United States, the passing of the Cold War yielded neither a ‘peace dividend’ nor anything remotely resembling peace.” In this book, he documented the construction and maintenance of a post-Cold War United States as “the world’s only superpower”:

“Whatever means were employed, the management of empire assumed the existence of bountiful reserves of power – economic, political, cultural, but above all military. In the immediate aftermath of the Cold War, few questioned that assumption. The status of the United States as ‘sole superpower’ appeared unassailable…. This was not hypernationalistic chest-thumping; it was the conventional wisdom.”

Bacevich challenged the conventional wisdom, urging “realism” in politics and policy – seeing the world as it is, not as we would like it to be. “The enemy of realism is hubris, which…finds expression in an outsized confidence in the efficiency of American power as an instrument to reshape the global order.” He also urged “humility” – seeing ourselves, our nation, “without blinders. The enemy of humility is sanctimony, which gives rise to the conviction that American values and beliefs are universal and that the nation itself serves providentially assigned purposes.”

According to the Department of Defense (DOD), among its fiscal year 2012 top 10 contractors were Lockheed Martin at #1, Boeing at #2, Raytheon t #3, General Dynamics at #4, Northrop Grumman at #5, and United Technologies at #6. (The DOD list does not include dollar amounts.)

According to Government Executive magazine, Sierra Nevada ranked #84 among DOD’s top 100 contractors in 2009 with $430 million in revenues.

Recall that SpaceX, Orbital, and Sierra Nevada have received multi-million-dollar subsidies, plus contracts, from NASA for the development of so-called “commercial” space flight systems.

Also note that, according to FOX Business, Lockheed Martin reported 20 percent growth in profits for third-quarter 2013 and projected 2013 sales at $45 billion.

For no particular reason, I find it interesting that at least three Alaska-native-owned companies are on the NASA top-contractor list:

If I had more time I could further explore the landscape of today’s military-industrial. As a citizen and a taxpayer, as well as a scholar of public policy, I’d like to know as much as I can about how our tax dollars are spent.