Listen up, scientists – check out the word from (gasp) a big-shot investor and asset manager on communicating the urgency of global climate change.

In the November 15 issue of Nature, Jeremy Grantham – placed among the global top-50 most influential individuals “with the ability to move markets or shape ideas or policies” by Bloomberg Markets Magazine in 2011 – tells scientists: “Be persuasive. Be brave. Be arrested (if necessary).”

Grantham – who is chief investment strategist for the global asset-management firm GMO LLC and founder/funder of the Grantham Foundation for the Protection of the Environment tells us:

“I have yet to meet a climate scientist who does not believe that global warming is a worse problem than they thought a few years ago. The seriousness of this change is not appreciated by politicians and the public. The scientific world carefully measures the speed with which we approach the cliff and will, no doubt, carefully measure our rate of fall. But it is not doing enough to stop it. I am a specialist in investment bubbles, not climate science. But the effects of climate change can only exacerbate the ecological trouble I see reflected in the financial markets — soaring commodity prices and impending shortages.”

Grantham’s commentary is a pragmatic take on the question of why the world needs to get to work, now, together, on putting the brakes to anthropogenic contributions to climate change and mitigating the effects, which are already wreaking havoc on things both living and non-living. At the same time, it’s a terrifying punch in the gut. Though I was long ago convinced by the evidence that climate change is real, I pay close attention to the public discourse about it, and I find Grantham’s argument cogent and persuasive. For those who feel no moral or ethical commitment to protecting our habitat and all those creatures who cohabit with us, perhaps Grantham’s reasoning will appeal – that is, an ecological disaster is an economic disaster, not just for governments but also for corporations, and even bankers….

In addition to running the foundation, Grantham, with the Metcalf Institute for Marine and Environmental Reporting at the University of Rhode Island has co-funded the annual Grantham Prize for exemplary reporting on the environment. As a member of the Society of Environmental Journalists, I can thank Grantham for recognizing the sometimes-thankless work of my colleagues in SEJ. (This year, the Grantham Foundation stopped funding individual prizes and shifted its funding to support the Metcalf Institute – a good cause.)

This week I’ve started on my first class with Coursera – “Think Again: How to Reason and Argue.” My instructors, Walter Sinnott-Armstrong of Duke University and Ram Neta of the University of North Carolina-Chapel Hill, tell me, “We are officially the largest course that Coursera has offered so far.” Woo-hoo! They also tell me I’ll be able to start meeting with my classmates (more than 1,000, as I recall) in Google Hangouts starting next week. “We are proud to be piloting this feature, which is a collaboration between Coursera and Google,” they report.

Walter Sinnott-Armstrong is Chauncey Stillman Professor of Practical Ethics in the Department of Philosophy and the Kenan Institute for Ethics at Duke. Ram Neta is an associate professor with the Philosophy Department at Chapel Hill.

Sinnott-Armstrong is lecturing this week. Rather than sitting in a big lecture hall listening to my professor who is waaay down in front and can’t see who’s sleeping in the back, I can listen to my prof as if I’m sitting in his office with him, having a cozy one-on-one. It’s nice. He tries, and succeeds, at being amusing as he explains the ABCs of arguments – what they are and are not, philosophically, what forms they take and what purposes they serve.

His lectures are broken up into short segments, 7-13 minutes, each covering a specific topic, neatly organized. He broke the ice with students on “Day 1” with a YouTube video interlude featuring a Monty Python take on argument. You can find the syllabus for this course here. I’m enjoying this philosophical perspective on argument. While I wanted to major in philosophy in undergraduate school, my pragmatic self told me it would not be practical (shows how ignorant I was…). Through doctoral studies I became a scholar of rhetoric and a practicing rhetorical analyst. I completely missed some of the basics, such as the philosophical study of reasoning and argument. Thanks to Coursera, I can catch up.

Among other social-media tools, Coursera is using Meetup to help students organize into smaller discussion or study groups. With 13,699 “Courserians” in 1,506 cities, Meetup has already enabled (as of today) the organization of 1,628 student “communities,” in New York, Moscow, Athens, Bangalore, London, Moscow, New York, Toronto and elsewhere.

The purpose of Coursera is “education for everyone.” Yay! With college tuitions rising and developing nations struggling to educate their people, it’s a highly worthy goal. I hope we make it!

My take on the election 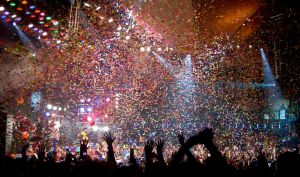 Instead of offering my comments, I’ll relay the words of those on the front lines today.

From the President himself (that is, info@barackobama.org), 11:35 pm ET on election night:

“…This wasn’t fate, and it wasn’t an accident. You made this happen. You organized yourselves block by block. You took ownership of this campaign five and ten dollars at a time. And when it wasn’t easy, you pressed forward. I will spend the rest of my presidency honoring your support, and doing what I can to finish what we started. But I want you to take real pride, as I do, in how we got the chance in the first place. Today is the clearest proof yet that, against the odds, ordinary Americans can overcome powerful interests. There’s a lot more work to do.”

“Despite billions of dollars spent to keep our community away from the polls, once again, Black folks voted in record numbers to keep him in the White House.

But if we’ve learned anything over the last four years, it’s that the things that we’re fighting for—a fair economy, access to health care, less restrictions on voting, solutions to the housing crisis and criminal justice reform—won’t happen without our continued pressure.”

From Carolyn Garfein, president of the American Association of University Women, 10:48 am ET, 11/7:

“It amazes me how much we’ve all done – how many women we’ve educated, how many voters we’ve registered, how many people we’ve inspired. And I want to thank each of you for your hard work and commitment to this important campaign.

“Last night, our President, Barack Obama, carried Virginia by roughly 100,000 votes. Nearly half of that margin of victory came from Arlington…. Democrats won every precinct in Arlington for the top of our ticket, and perhaps most amazingly, increased the number of Democratic votes in Arlington by more than 2,000 votes over our 2008 totals…. They are the product of days, weeks, and in many cases, months of work by our all-volunteer team. So whether you knocked on doors, made phone calls, donated your time or your resources, or simply stood in the cold to vote yesterday — in many cases for 3 hours or more — let me simply say THANK YOU for all you did to make last night’s victory possible.”

From David Corn* at Mother Jones:

“President Barack Obama made history again, with a victory that defied a decades-long trend: incumbents don’t triumph when the economy remains in the doldrums and the public sentiment is one of unease. In an archly ideological race that pitted a progressive case for government against a conservative assault on government, the president, burdened by a slow recovery but bolstered by a brilliant ground game based on hard-and-fast demographic realities, beat back Mitt Romney, who embraced the tea-partyization of the Republican Party and campaigned (often in an ugly fashion) for the chance to be CEO of the United States.”

“Two years ago, Elizabeth Warren told [Mother Jones] that she’d rather stab herself in the eye than go back to Washington. On Tuesday, the Harvard Law professor and creator of the Consumer Financial Protection Bureau ate her words, knocking off Sen. Scott Brown (R-Mass) in one of the most closely watched—and at times nastiest—races of the 2012 cycle. Warren’s win isn’t just a case of a Democrat winning in Massachusetts; perhaps no candidate, President Obama included, inspired as much enthusiasm from progressives across the country. (She raised more money than any other Senate challenger in the country, much of it from out of state.)… Warren did it largely by sticking with what made her a political star in the first place—a fierce defense of the social contract….”

Here’s my five cents worth. We can’t sit back and rest now. As the President has said, there’s lots of work to do. And moneyed interests will keep fighting to shred the social contract, even our right to vote. (See Jane Mayer’s recent article in the New Yorker on “the voter fraud myth.”) We must look out for all of our sisters and brothers.

* Corn is the journalist who brought to light the video record of Mitt Romney’s “47 percent” speech to rich donors in Florida.